Sandlot Cardboard 25 Years in the Making

It took me a week after its official release date, but I finally brought home my copy of The Sandlot 25th Anniversary Collector's Edition Blu Ray. Like many of you, I've had this movie on DVD for many years. So, what was so special about this release that made me spend a week tracking down a copy? It includes a set of 10 baseball cards, that's what! While I realize that there was another card set released  with a previous 'Collector's Edition', I haven't been able to track down a set of those. So, I was very much looking forward to bringing home my first cardboard featuring these characters. 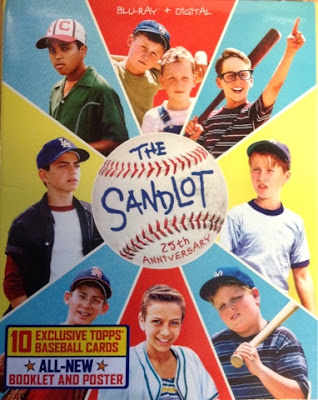 Here is the packaging. Nothing special here except the sticker stating that there are baseball cards inside. 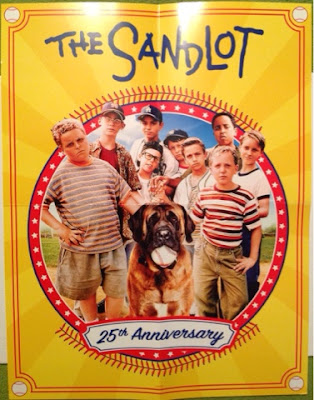 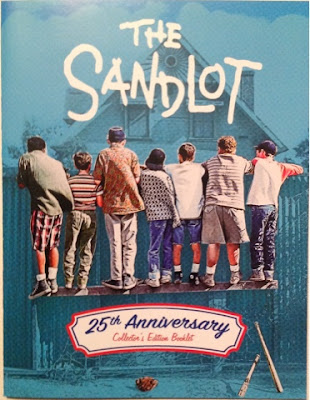 ...and the front of the booklet. After a quick scan of the booklet, there are some great behind-the-scenes/making-of pics and stories. It will definitely be a good read when time permits. 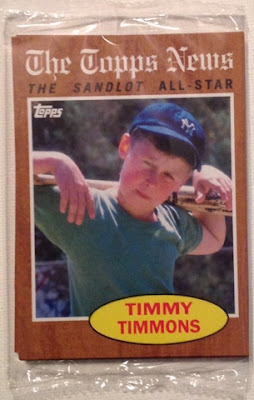 Here are the goods! I'm really loving the 1962 All-Star design. 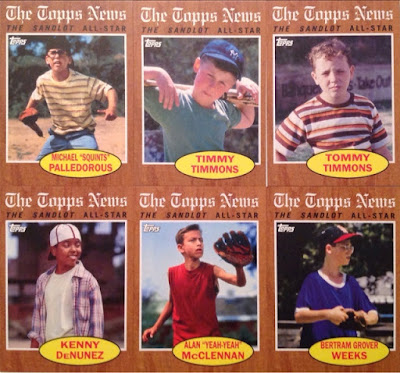 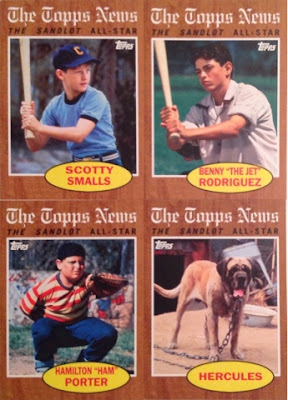 There are the primary characters. 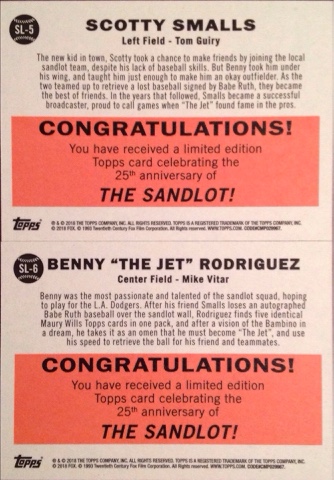 I like that the card backs have the actor's name and a brief character description. I was thrilled that Hercules got his own card, but I am bummed that Mr. Mertle and Wendy didn't make the checklist. However, hope isn't lost. There was an additional card in the pack which has a coupon on one side and an advertisement on the other. 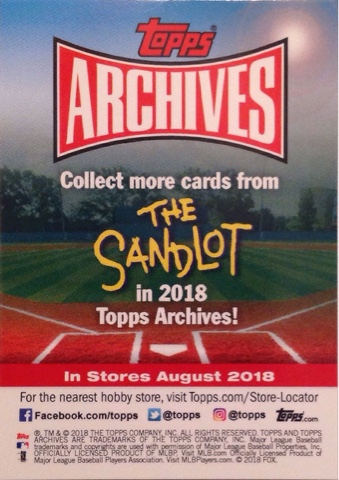 I'm sure that this is going to be similar to the Major League and Bull Durham inserts that have been released in the past. At the moment, there's no telling what these cards or the checklist will look like, but it's definitely something that fans of the movie can look forward to. Thanks for reading.
Posted by Tim B. at 9:30 PM 8 comments: