I was recently reminded that as much as I enjoy trading with fellow members of the cardsphere, local trades still have their place. Well over a year after the set was released, I can finally cross the final 2015 Archives Will Ferrell card that I needed off my list. 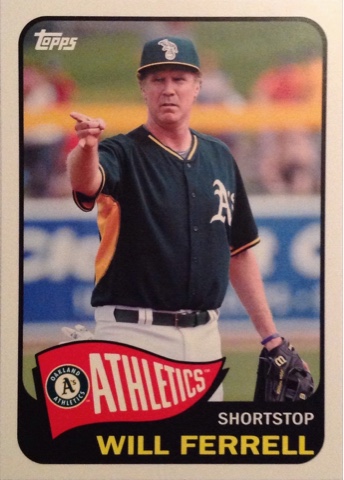 This trade was far more labor intensive than most that I've conducted over the past few years, but having this in hand was worth the effort. In the long run, it 'cost' me around 12 or 13 various 2016 base singles that my local trading partner needed for his own set building purposes. Considering the fact that I'm not really working on completing any 2016 set except Stadium Club, it was a small price to pay to finalize one of my favorite(if gimmicky) inserts of last year. Thanks for reading.
Posted by Tim B. at 10:50 PM 3 comments:

I am a procrastinator at my core. When you team that up with juggling three kids 6 and under, you get a blog that falls silent for almost an entire month. The guilt that I am feeling for once again being so far behind in scanning, writing up, and posting trade packages coupled with an additional dose of guilt at being behind in sending out trade packages to fellow Supertraders or any of my other great trade partners led to my temporary(and unplanned) leave from our community. I stayed as active in reading and commenting as I always do, but every time I had a few moments to sit and write, I just couldn't seem to wrap my head around a single topic and I ultimately focused my energies elsewhere in the hobby. Fortunately, some of that energy has been spent packaging stacks to send to trade partners. Slowly but surely through the last few months of the year, trade packages will roll out to everyone that I currently owe and to others 'just because'. To everyone that has sent packages and have yet to receive a return, thank you for your patience. I feel extremely fortunate to be a part of our incredibly generous community and hope that I have not damaged any of he relationships I've formed to this point. Cardboard will be on the way, I promise. I can only hope that it will be viewed as worth the wait.


Okay, now that I have said all of that, let's get to a topic I've been meaning to write about since the beginning of the year. See how the procrastination theme rears its ugly head once again? Late last year, I purchased a blaster of 2015 Topps Update. In the 'bonus' pack I was lucky enough to shatter the odds and pull an auto/relic combo #/5 instead of the standard manu-relic, First Home Run medallion. 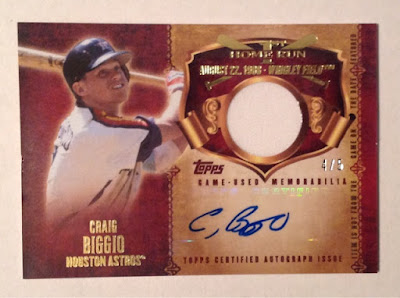 As you may or may not recall from my original write up about this, my excitement immediately turned to frustration as I examined the card a little closer. 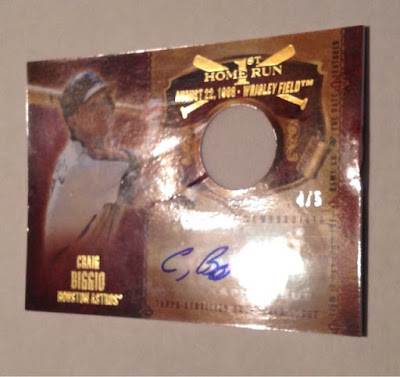 There was a large crease on the front surface... 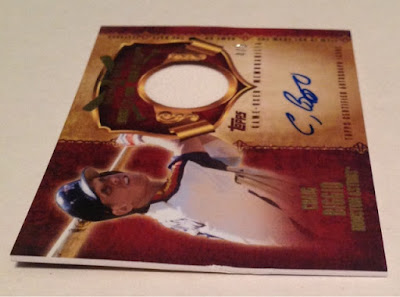 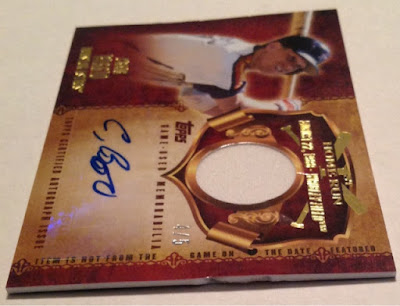 ...and there was significant damage to two of the edges. At the time, I was on the fence about what I would do. In the mean time, I have spoken to Topps Customer Support on two separate occasions regarding the return/replacement process. I completely understand that I will have no chance of getting this card back. There are only 5 and I'm sure that none of those were marked as replacements. My big concern has been that this card is so rare that there hasn't been any comparable card sales to allow them to determine an 'equal value' for the replacement card they send. Neither of the conversations put my mind at ease so I continued to procrastinate sending the card in. Well, here we are in mid-September. Heritage High Numbers just released and this year's version of Update will be following in about a month. With the deadline for submitting for replacements quickly approaching, I decided to just jump through all of the hoops and just send it in. 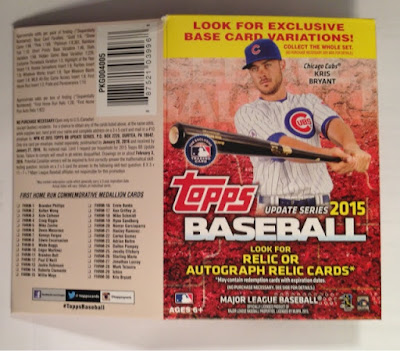 The box with proof of purchase... 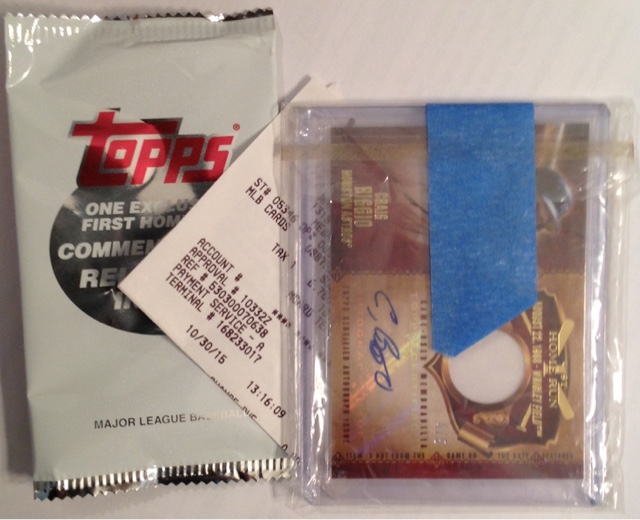 ...the pack wrapper, receipt and the card...but wait that's not all they require. I also had to complete a missing hit/damaged card request form and write a letter that described the situation. 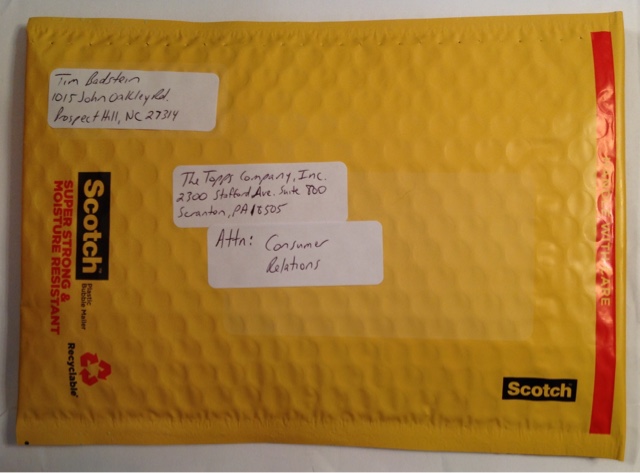 There it is all packaged up and ready for the PO. I have no idea what to expect from this venture. How long will it take? How happy/disappointed will I be in the replacement card they send? What type of communication should I expect from Topps? I have no clue. I intend to post at least one more update on this situation, but that is subject to change depend ending on how the process goes.

Have any of you gone through this process before? Was it relatively painless or was it a nightmare? What was the final resolution - were you happy with the replacement you received? I would love to hear any stories you have to share. Thanks for reading.
Posted by Tim B. at 6:07 PM 8 comments: