Wow, how time flies! It's been almost a full month since my last post. Initially, I took a few days to recover from the May posting schedule here and adjust to my girls being on summer vacation. Then, the real world went to hell. Since the blog and hobby play such a huge role in my escapism, I'm going to keep the discussion of those topics out of here for the most part. However, they somewhat inform the reasons for my absence so I'll allude to them briefly. I had planned to write about a recently acquired Negro League card sheet from a 1992 Tuff Stuff, but thought better of it. With everything going on right now, it just didn't feel like the right time. Then, my post for today's topic was about a wrestler/MMA guy that I had briefly written about in the past. It was written, proofed, and ready to publish... Unfortunately, this guy was source of alleged behaviors/actions that can be described as questionable(at best). These allegations surfaced as part of the #speakingout movement that has spread across Twitter during the past few weeks. Once again I thought it best not to post about that particular person's card, especially since my impression of this person is currently in limbo. If he ends up being innocent, perhaps I will revise that post and publish it sometime in the future.

Quite a bit of time and effort went into writing that one and now I needed to come up with another card to write about. The search for a new subject didn't last long. In fact, earlier this month I had considered putting my other planned post on the shelf in favor of this one but ultimately decided against it at the time. Like many of you out there who have been missing sports, I have been enjoying number of the recent ESPN documentaries that have aired. With that being said, I was anxiously tuned in on Sunday June 7th for the debut of the 30 For 30 episode 'Be Water'. If you haven't seen it, the focus was on the life and career of Bruce Lee. I've been a fan of his work and philosophy since I was young. First came my love of his films. I took Tae Kwon Do classes for around 2 years beginning when I was 8 or 9. What kid that age wouldn't be drawn to the fight scenes in his movies? 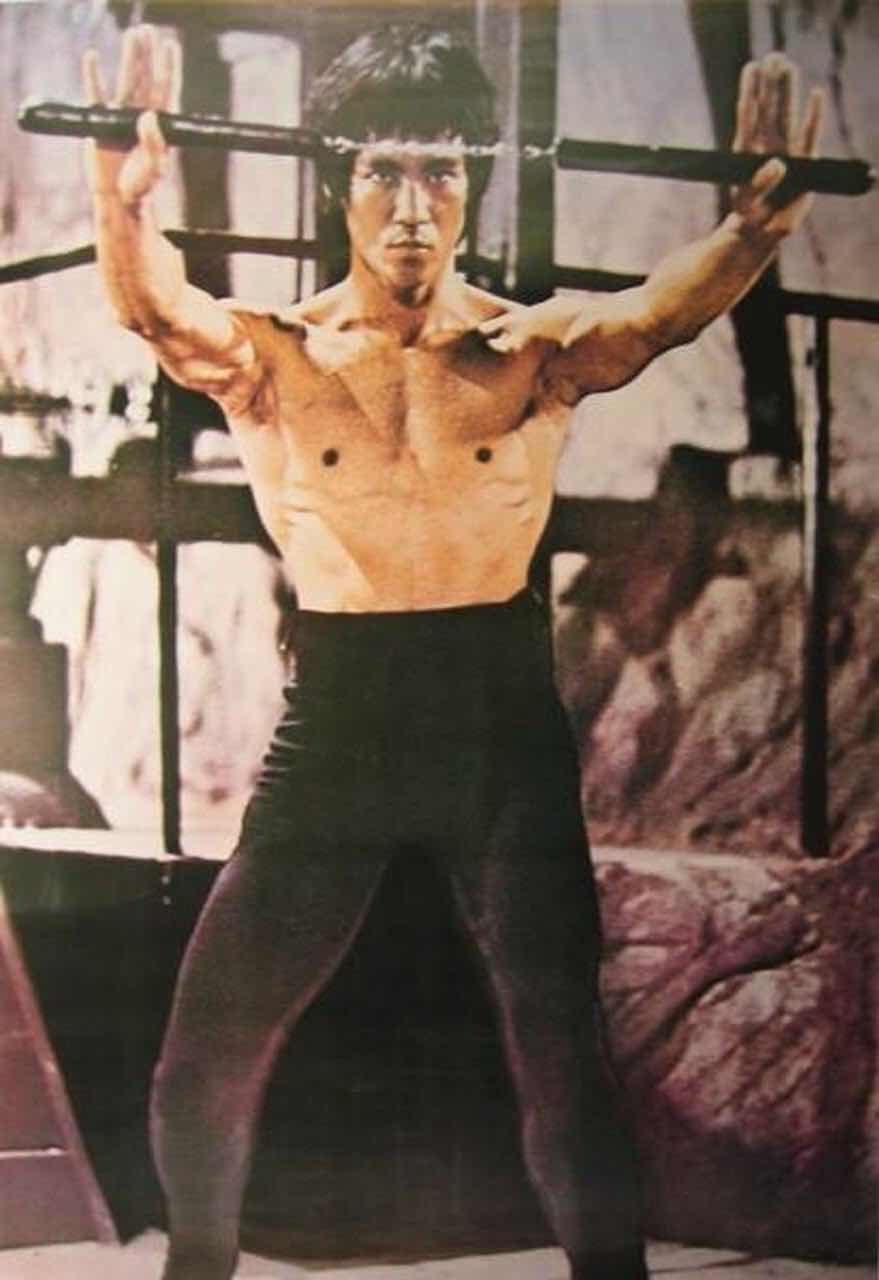 I've had this poster since way back then. At the time, it was just pinned up on my wall. It currently resides in a frame waiting to decorate the walls of a future entertainment space in the unfinished upstairs of my house. 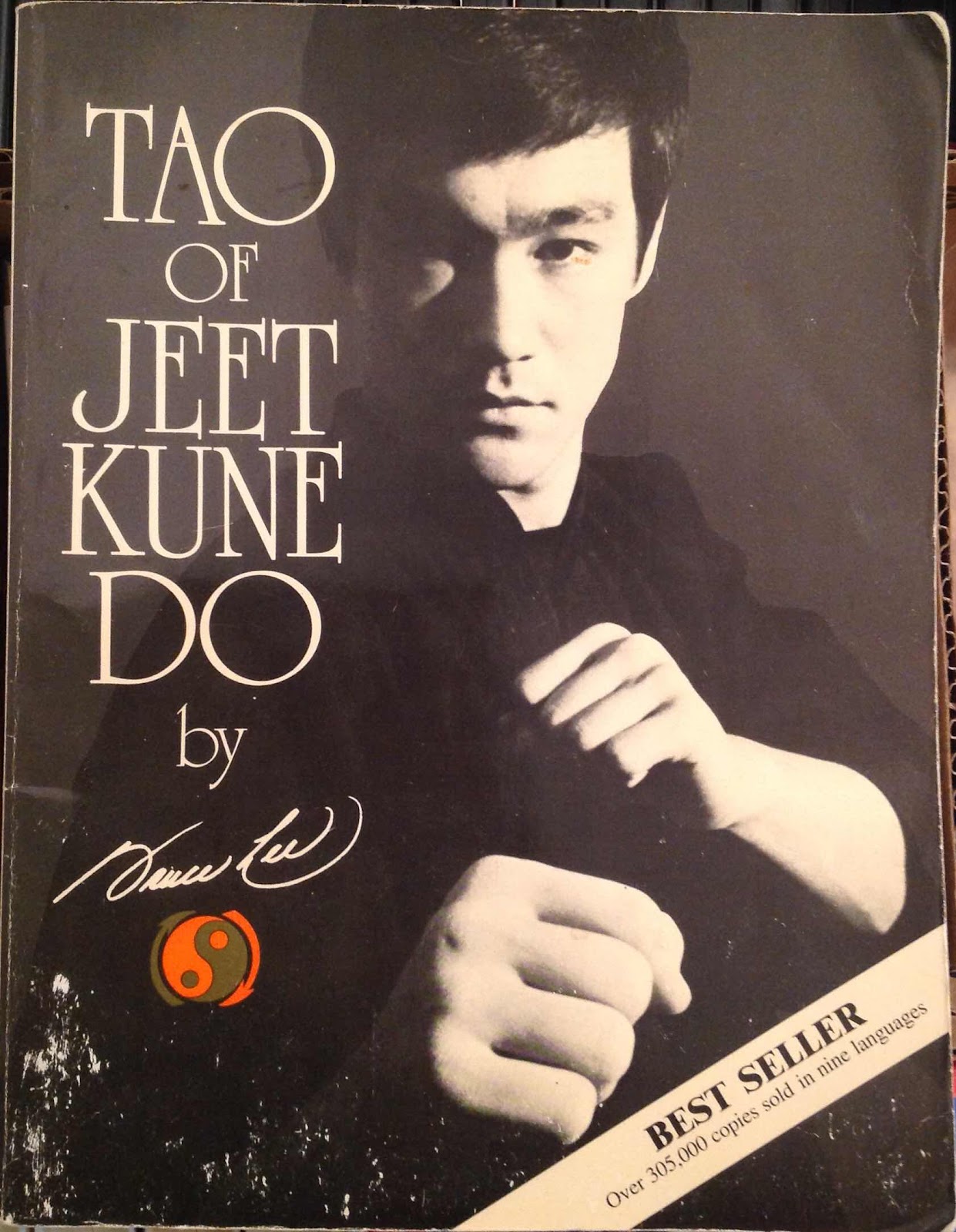 As I got a bit older, I picked up a copy of this book. I've read through it more times than I can count over the years. It's not so much a 'how-to' as it is a collection of quotes and philosophical writing. It's true that these writings can be applied to martial arts training, but most of them are applicable to facets of daily life as well. Reading it as a teenager had a tremendous influence on my developing world view and flipping through its pages has altered or refocused my outlook on many occasions since. 'Be Water' was okay, definitely not exceptional in my opinion, but watching it brought this influence back to the forefront of my thoughts. I originally hesitated to write about all of this for today's challenge topic only due to the card itself. 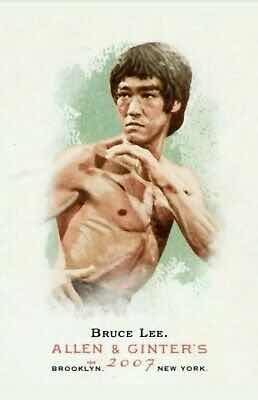 Don't get me wrong, I really like this card and it did take me quite some time to actually add it to my PC. Looking at it, I can't help but see it as a reminder of how unlikely it is that I'll ever own the relic version of this which would absolutely be my favorite 'other sport' card though. Ultimately, this still takes the cake over all others because it represents such a huge part of my personal history. Thanks for reading.
Posted by Tim B. at 6:17 PM