Can You Hear Them? - A Baseball Card History Lesson

I am a sucker for sports history. I have always felt most connected to and intersted by the rich history of America's Pasttime. I feel fortunate to have visited the National Baseball Hall of Fame and Museum in Cooperstown a few times. I swear that if you listen closely while walking through the exhibits and visiting the plaques of the enshrined, you can hear the stories behind some of the most magical moments in the sport being told by the players themselves. OK, I know that's a bit hokey and certainly a stretch of the imagination but it's easy to get carried away by these type of romantic thoughts if you'll allow yourself. At least it is for this baseball fan...

If there is anyone that can relate to the thought above, I imagine it would probably be a fellow collector. Why? The simple act of flipping through small pieces of cardboard with pictures on them can create a similar effect. This is why I've recently fallen in love with a relatively early(and mostly forgotten) parallel that Topps issued in 1998, it ties both of these things together.

Let's delve into some background, shall we? In May 1997, the National Baseball Hall of Fame announced that Topps had become their 'corporate partner'. While this presumably produced many benefits for both sides of the arrangement that were unseen by the general public, it directly resulted in the previously mentioned parallel set. In early October 1997, Topps set up a printing press in the atrium of the Hall of Fame library. Then, beginning on the 10th and concluding on the 19th, Topps ran sheets of their 1998 set through that press to emblazon them with a bronze foil 'Minted in Cooperstown' stamp. Visitors to the Hall during this time were even able to watch this process in action. It would have been so cool to see this! However, it was the early days of the internet and information about special events such as this wasn't as readily available at the time(especially from over 600 miles away where I lived at the time). In fact, when the product released in 1998, younger me had no idea why these stamps made the cards special and didn't pay much attention to them at all. If I actually knew the story behind them, I would have reacted differently. I remember pulling a few that year, thinking they were a nice change from Topps Gold, and quickly filed them away with the rest of the cards I picked up around that time. There they stayed until a few months ago while I was looking for cards to fill out a trade package. Sitting in a box that hadn't been opened in over a decade, I stumbled upon them and set them to the side. It was only after I finished up that trade package and sent it out that I searched for the story behind them. Once I found out about their history, I was infatuated. There is something ineffable about the connection they share with Hall that intrigues me to no end. If it weren't for a weak checklist, I'd likely attempt to build the complete set. Instead, I'll be content with picking up a handful of these that fit my collection. 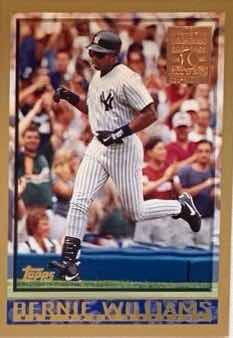 I'm off to a great start as I've already found a copy of the Bernie! I apologize for the low quality image. I already filed this away into the Bernie PC so I am using a picture I had taken rather than a cleaner scan. Since its hard to see, here is a close up of the stamp from another card. 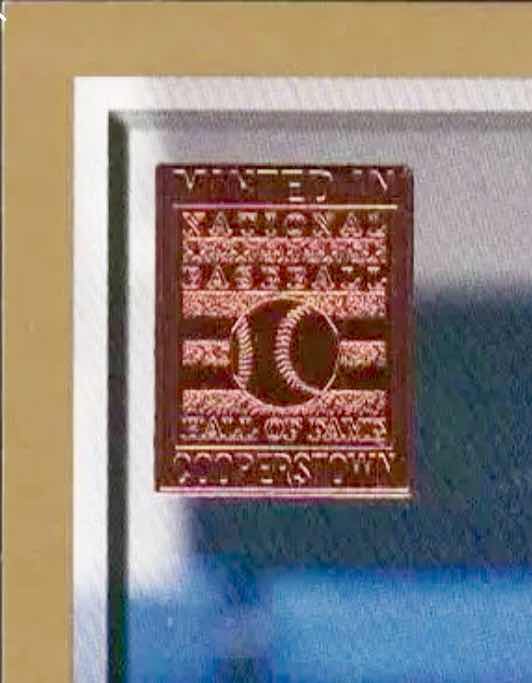 When Bernie arrived, he was happy to be reunited with a former teammate that has been sitting in a box for many years. 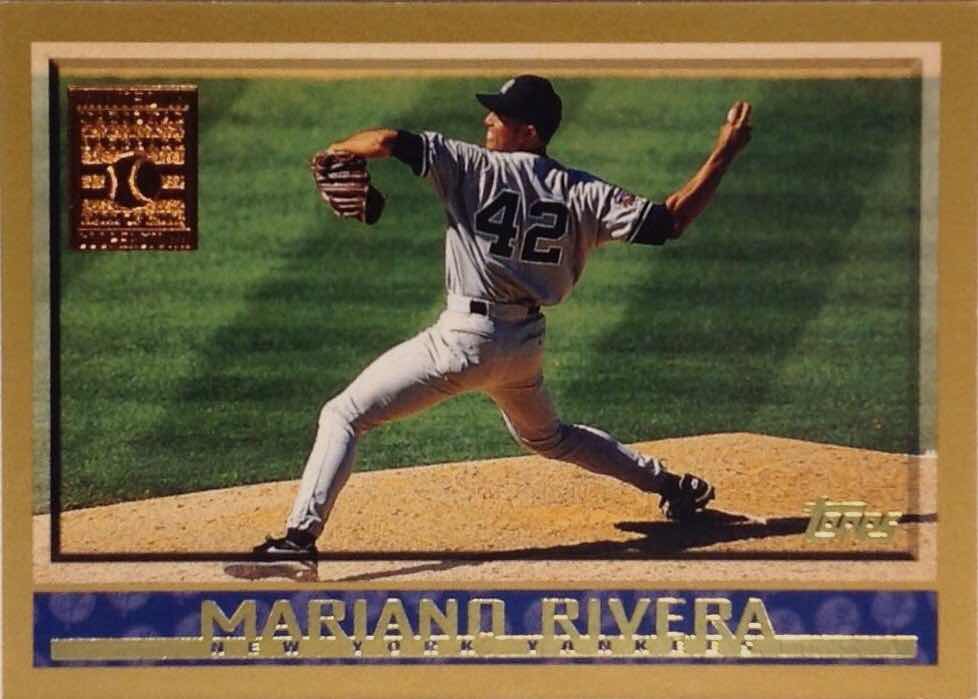 Enter Sandman! Little did I know when I picked this card up at a show all hose years ago(*insert hefty sprinkle of creative interpretation here*) that it would foreshadow Mo's unanimous election last year.

I have a few others from this set, but none that really speak to me like these do. There are a few left that I'll continue to look for with Derek Jeter, Barry Bonds, and the commemorative Roberto Clemente topping that list. Maybe I'm crazy, but whenever I hold these cards in my hand and listen closely, I feel like some whispers from the Hall were embedded in them as they were stamped. Can you hear them? Thanks for reading.
Posted by Tim B. at 7:55 PM