I always love WrestleMania weekend! This year, things are different for so many reasons. They split the card between 2 nights, the action was pre-taped, and obviously there won't be any spectators due to the 'ongoing global situation'. Thanks go out to @adamwilbourn and @WhatCultureWWE for coining that term(if you haven't checked out their content, you really should click here. While I still think it's nice to have some form of escapism in this time of quarantine, it's more than a little surreal to imagine two long nights of empty Performance Center matches that are meant to represent the biggest wrestling show of the year. I didn't watch night one yesterday and I won't be watching live tonight either. I live in the middle of nowhere and have monthly internet data limits so I can't justify the bandwidth(and time) necessary to watch the full show. I'm definitely interested in several of the matches though, so I'll be following along on Twitter and whatever YouTube clips are posted of the big moments. Until I can find all the highlights I'd like to see, I can always fill the void with some Topps Road to WrestleMania cardboard! Similar to recent PPV themed releases, the set is comprised of two sections: the base set(depicting various highlights from the last year) and the roster. 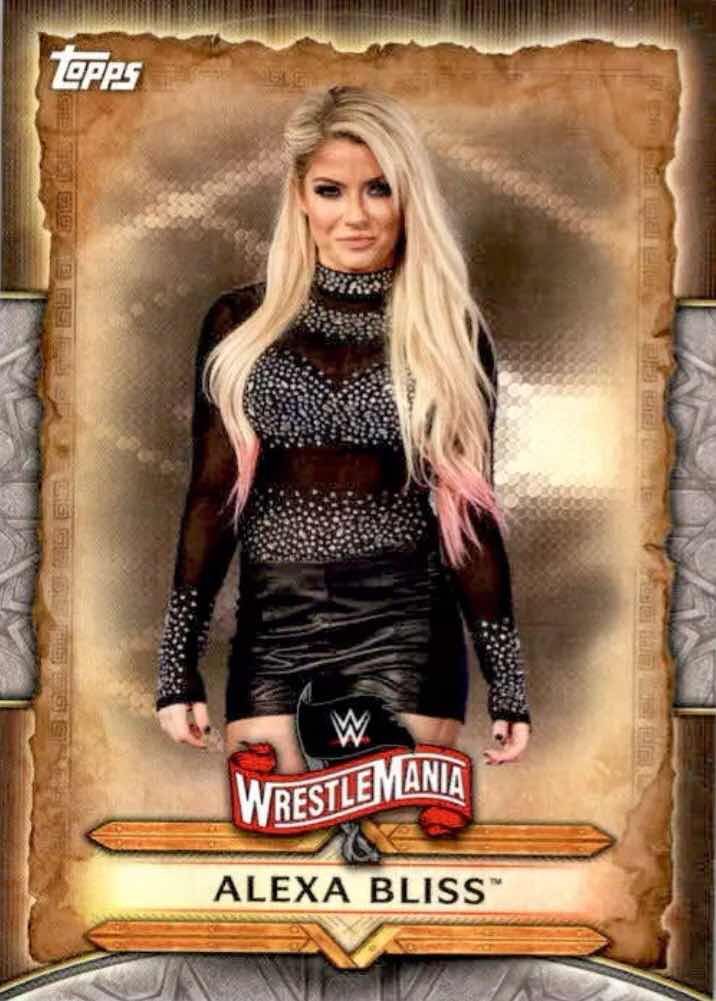 I'm always happy to add an Alexa Bliss to the collection! This roster card was probably my favorite pullfrom the 2 fat packs I opened. 'Five Feet of Fury' opened the main card last night, challenging for the Women's Tag Titles alongside partner Nikki Cross. 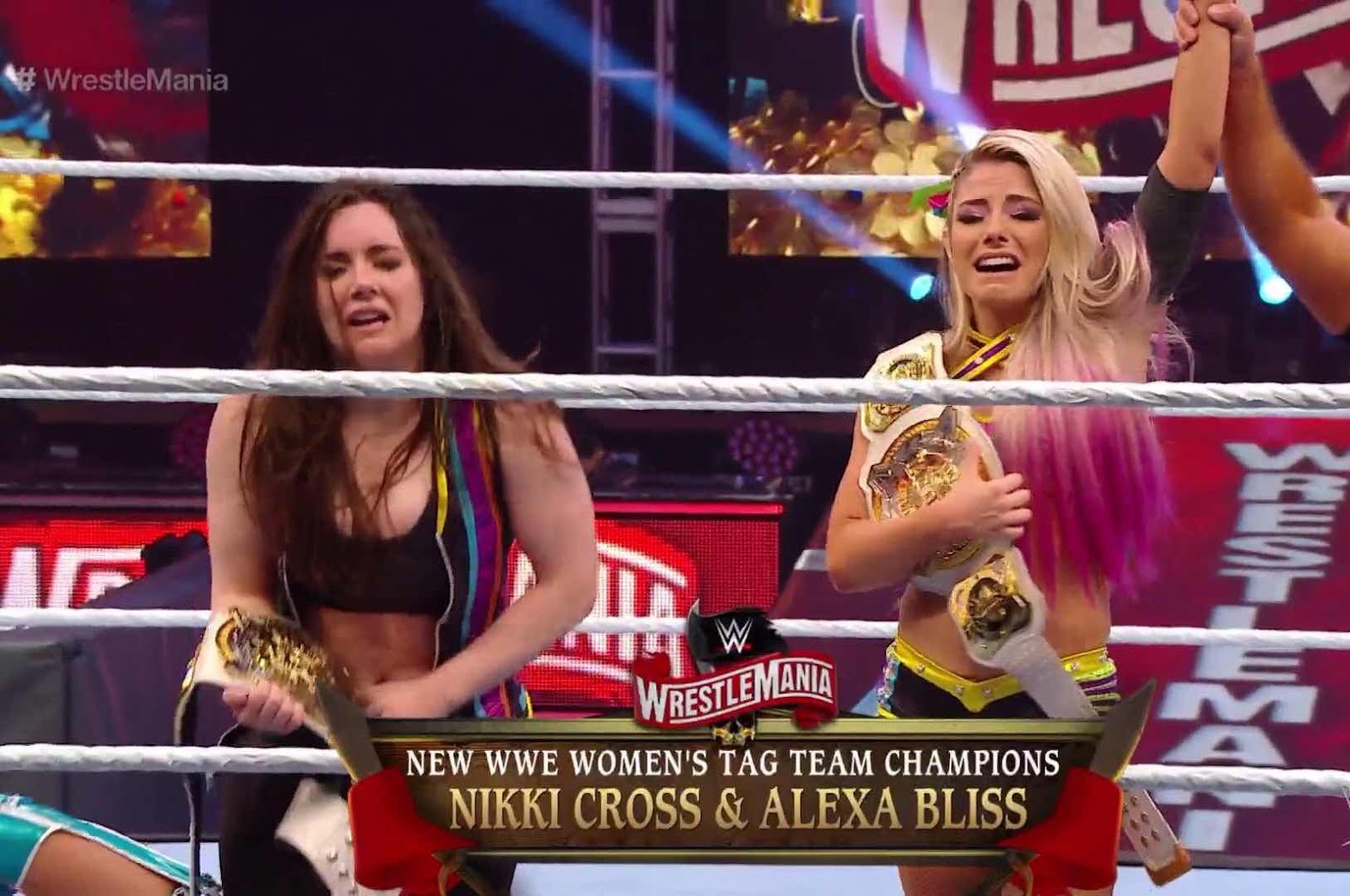 I'm happy to say, they picked up the victory, winning the titles for the second time! 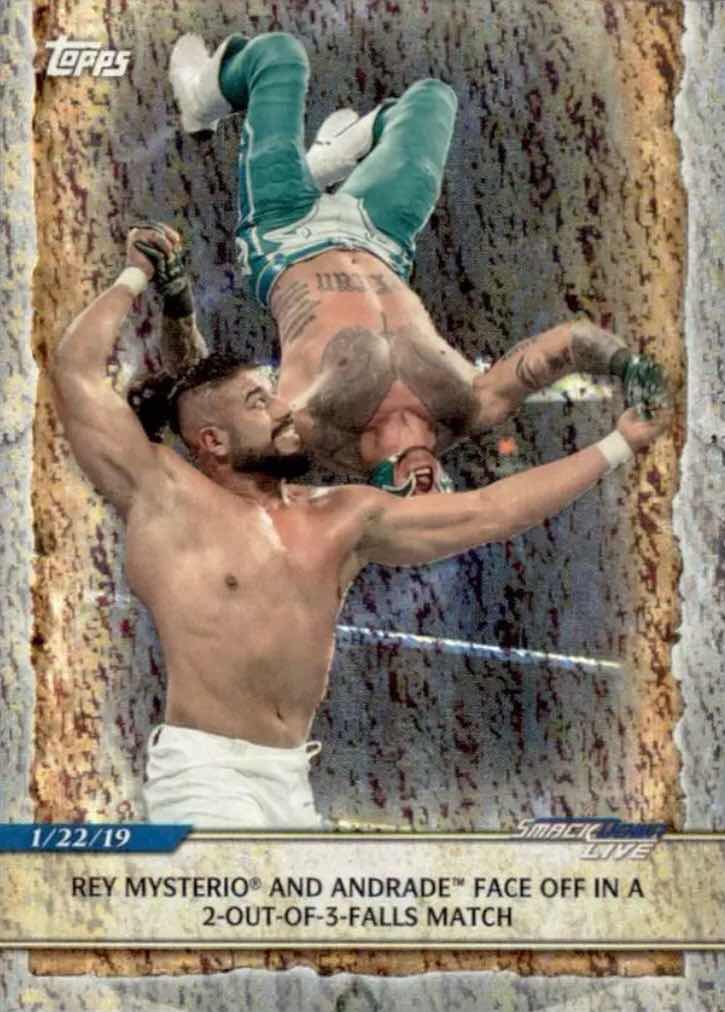 The base set has multiple parallels available. This one happens to be foilboard which came one per pack for me(not sure if that is the official odds for fat packs). The series of matches between Rey and Andrade have been top notch. Sadly, neither of them will be having a WrestleMania moment this year.

Ripping the fat packs was a fun break and flipping through them and reading/re-reading the backs will help with my wrestling fix for the short term. I liked it enough that I ran a quick eBay search to see what else the product had to offer. Last night, I stumbled on a low priced relic auction that was about to end so I tossed in a low bid and ended up winning. 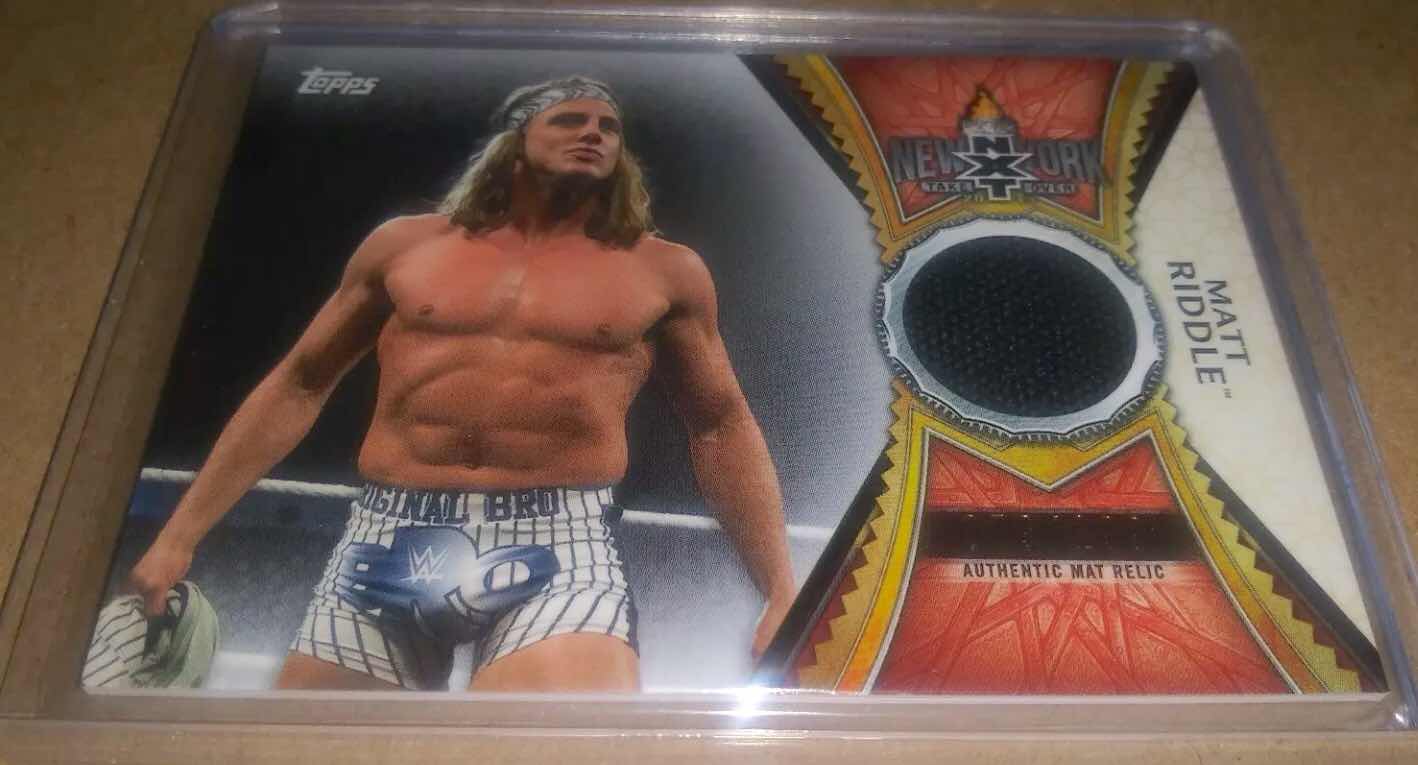 Bro!!! I love Matt Riddle, he's really entertaining, has a unique in-ring style, and he's hilarious on the mic. I decided to use my eBay Bucks and after shipping, this only set me back $1. That's not the only card from his set that I discovered and now need to add to my collection. The Fiend has a roster card which I think is the first piece of cardboard for the character(besides Topps Now issues). As much as I want to bring home a copy of that, I wasn't willing to pay the prices I found on eBay. So, if anyone out there has a copy they'd be willing to trade, I'd love to make a deal. I've got my fingers crossed that he defeats John Cena in their Firefly Fun House match tonight. Thanks for reading.
Posted by Tim B. at 3:14 PM