Treasure From the Land of the Rising Sun

As has been my habit for some time, I was recently hunting for hidden gems in the Land of Listia. A little over a week ago, I spotted this treasure. 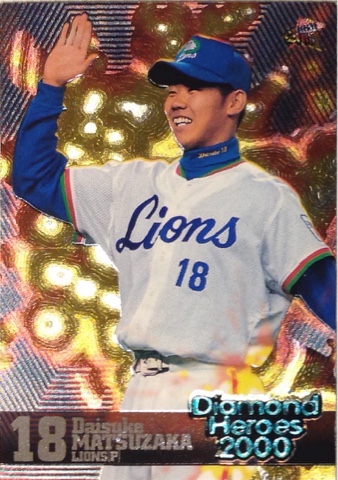 I'm not a huge Matsuzaka fan, but I kept an eye on it and as the end of the auction approached, I put in a fairly reasonable bid and came away as the top bidder. It arrived yesterday and was even better looking than I thought it would be. Though it may be hard to tell from the scan, the front design is very reminiscent of the 1997 Fleer Metal set sans the comic book themed backgrounds. Let's take a look at the back. 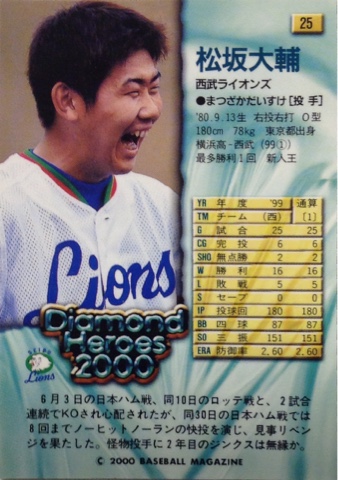 Other than being issued by BBM, I don't know much about it other than I was happy to have added this for a really reasonable credit total. This brings my Japanese cardboard collection up to a whopping  4 cards. Thanks for reading.
Posted by Tim B. at 9:45 PM