A Thing That Happened While I Was Writing My Next Post

My originally intended next post was going to be a write up about my progress on the 2001 Fleer Tradition Stitches in Time set. However, research and writing has been taking me longer than expected. So, today I decided to take a break so I could offer up some thoughts on a recent collecting trend. 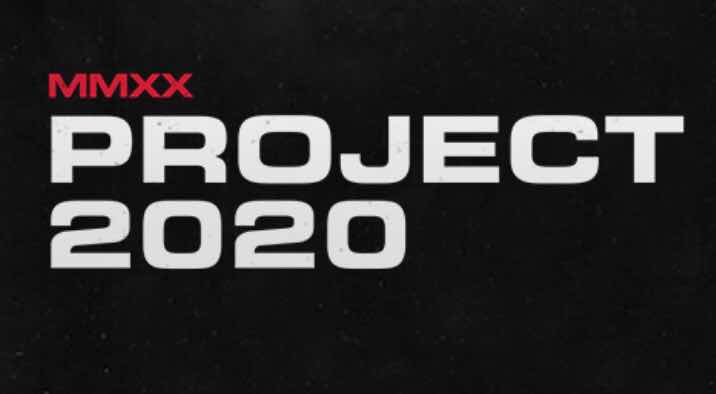 I'm sure that many of you have heard/read about the new on-demand offeriring, Topps Project 2020. The concept here didn't initially grab my interest. The description from the website: 'a year-long collection on Topps.com that visually reimagines the baseball cards that have defined generations, ushering in a new era of seminal artwork. Topps is collaborating with a cast of 20 artists from around the globe, ranging from famed streetwear designers, tattoo and graffiti artists, and one of the premiere jewelry designers on the planet. Each Artist will recreate all 20 cards.' The first thought that came to my mind when I heard about this was 'just what we need, more reprints...' Since I wasn't thrilled with the concept, I hadn't been keeping up with the releases, but I would see them show up in my various social media feeds anyway. The majority of the images I'd seen were quite underwhelming, and there was a lot of chatter about their excessive cost. Each individual card is $19.99 and a bundle of both daily issues can be had for $34.99. There is a bulk discount offer much like there is for Topps Now cards, but no matter how you look at it, that's a steep price tag. I figured that I'd be skipping out on this entire concept. That was until I got the email about yesterday's release... 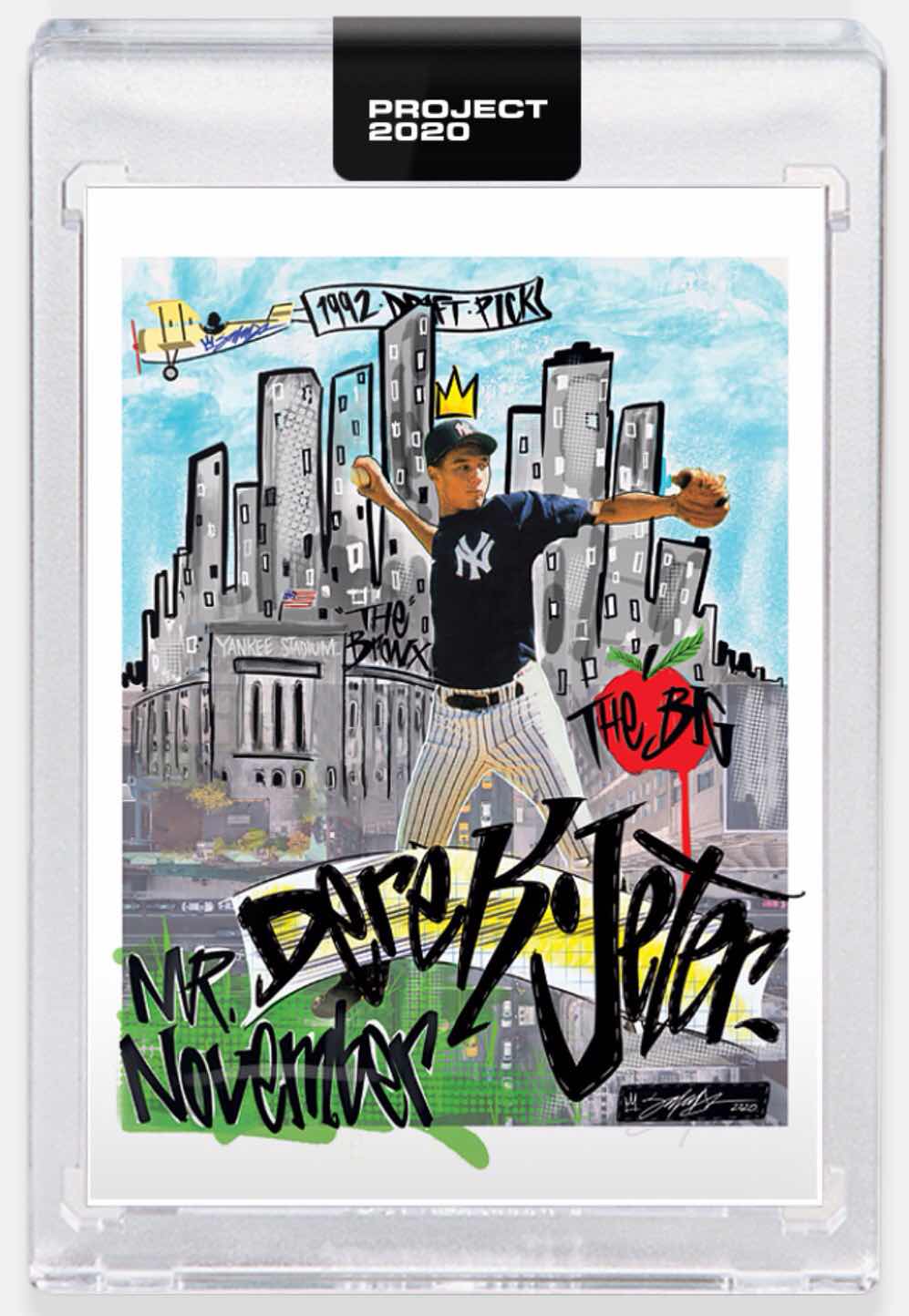 It was The Captain! His card wasn't on the original list published on the website(only19 out of the 20 cards chosen for the project were listed). Heck, the design isn't completely hideous either. It's actually one of the more attractive designs to drop thus far, at least to my eye. I went ahead and put in my order while I was on lunch break yesterday to ensure that I won't have to try to pick one up at some crazy, secondary market price. 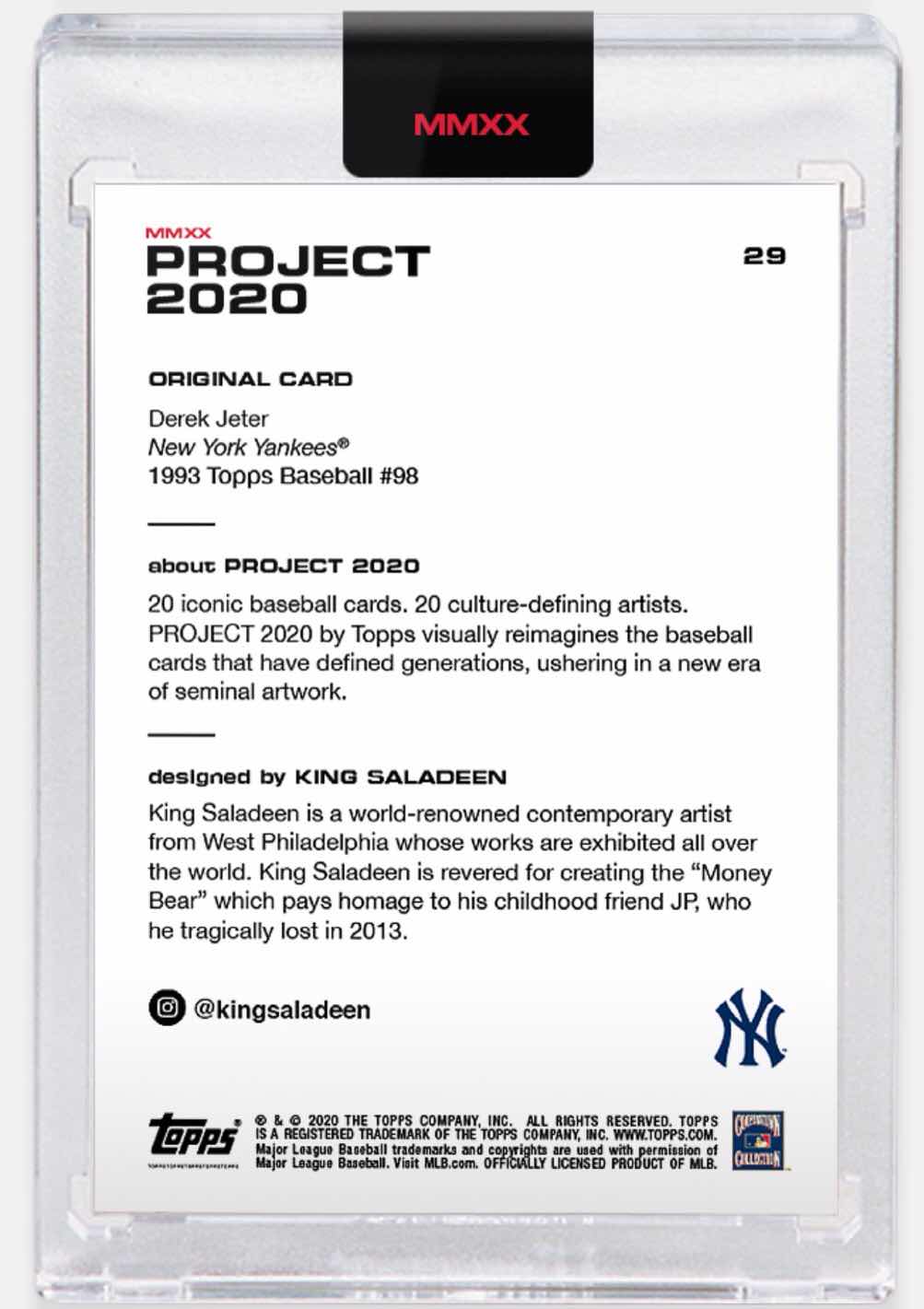 As far as on demand cards go, these backs are pretty decent. I like that it lists the original card and that it has a brief write-up about the artist behind the new design. I halfway expected them to just have an image of the original on there and call it good.

Now that I've taken the plunge, I suppose I'll keep a little closer eye on future releases. I don't expect to buy very many more, but they are reimagining Mariano Rivera's '92 Bowman, Mattingly's '84 Topps, Ichiro's 2001 Topps, and Rickey Henderson's '80 Topps so who knows? I already missed out on pretty cool Rickey and Ichiro designs, and with 18 or 19 more designs left to come for everyone, I guess the odds are in favor of finding a few more designs that I like. Time will tell. I'd love to hear your thoughts on this concept. Have there been any designs you've really liked? Any you picked up yet? Thanks for reading.
Posted by Tim B. at 8:38 PM