Let Me Breakdown the Sixth Day of Trade Posts

Like so many others around the cardsphere, I was fortunate enough to receive a trade package from Gavin of Baseball Card Breakdown just in time for the holidays. I didn't realize until I read his recap of the cardboard I sent his way that this was actually our first trade of 2016. Seemed hard to believe, but it was definitely true. It was a package that certainly made up for lost trading time.

A pair of new-to-me Bernies lead things off. Of course I have that Collector's Choice, but this is the silver signature parallel(though it's a bit hard to see). Then we move on to a few former Durham Bulls, beginning with Lee. He was all,set to join the big club as their starting SS a few seasons ago, since he was tearing up Triple A. Unfortunately, his season was cut short when he tore up his knee and his career hasn't quite been the same since.

Here's a great new Longo and a pair of Kiermaier inserts that I hadn't picked up yet. As great as these additions were, the highlights of the package were the first of Gavin's awesome customs that I could call my own. 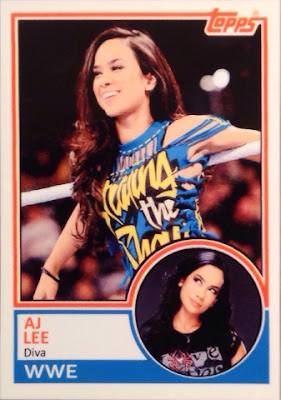 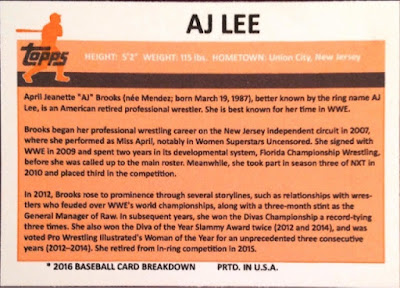 We'll start in the world of WWE. Historically, I've sent a few AJ Lee cards to Gavin and he was thoughtful enough to send this great custom of her my way. I've seen many of his customs on Gavin's blog and various others, but actually having one in hand gives me a whole new appreciation for his work. These are top notch! 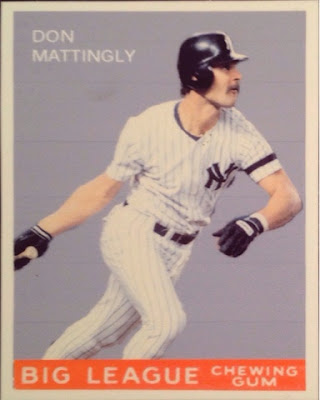 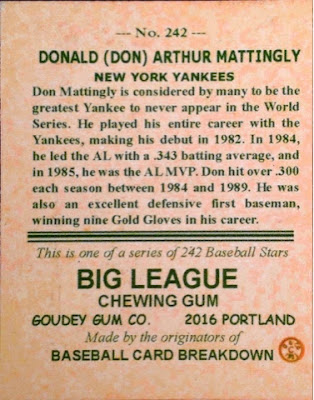 I totally dig it. All I can say is if you haven't been on the receiving end of one of Gavin's custom works of art, you should work out a trade or make a purchase for one. There was one last highlight in the envelope. 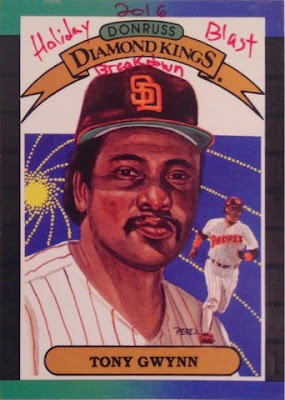 Yup, I was one of the lucky recipients of the Tony Gwynn Rip Card! 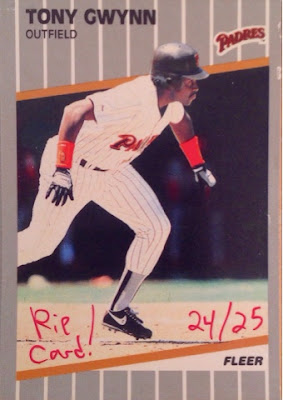 Mine was close to being an eBay 1/1 and for about a split second I considered leaving it intact... 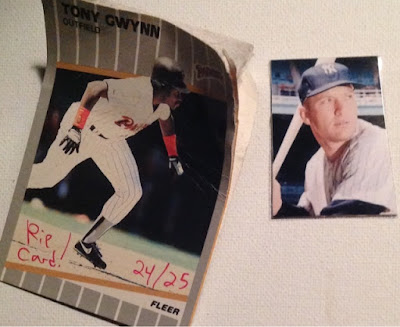 That didn't last though! There you have it, I pulled a 1/1 custom mini magnet of The Commerce Comet! Thanks for an all around wonderfully entertaining trade package, Gavin. I'm already working on putting together the first envelope of 2017! Thanks for reading.
Posted by Tim B. at 1:36 PM