The story of my favorite football card begins over thirty years ago in the Hudson Valley. It's January 1987 and I'm in elementary school in Orange County, NY. I remember sitting in the gym with all of my classmates listening to the teachers at the front of the room talk about the upcoming Super Bowl matchup between the Denver Broncos and New York Giants. The school day was almost over and they had turned the few moments before the bell into an impromptu pep rally. The specifics are fuzzy, but the message was 'Go Giants' or 'make sure you cheer for the Giants'. Most of my classmates that cared about sports cheered. Not me. I remember thinking that I wasn't going to cheer for the Giants just because they told me to. Not to mention, I had just watched the AFC Championship game and saw 'The Drive'. I thought that was amazing. Prior to that I hadn't given much thought to who my favorite football team was, but on that day in the gym my love of the Broncos officially began. Most of my friends thought I was crazy to cheer for them and we had spirited discussions about who would win the big game. I was one of only a few that wasn't pulling for the G-Men. Of course, I ended up being disappointed by the final score a few days later. My classmates gloated but I didn't let that shake my allegiance.

Fast forward a few months, it's early summer. I took a ride with my mom into our small town to run some errands. One of our destinations that day was a tiny general store named Seymour's. 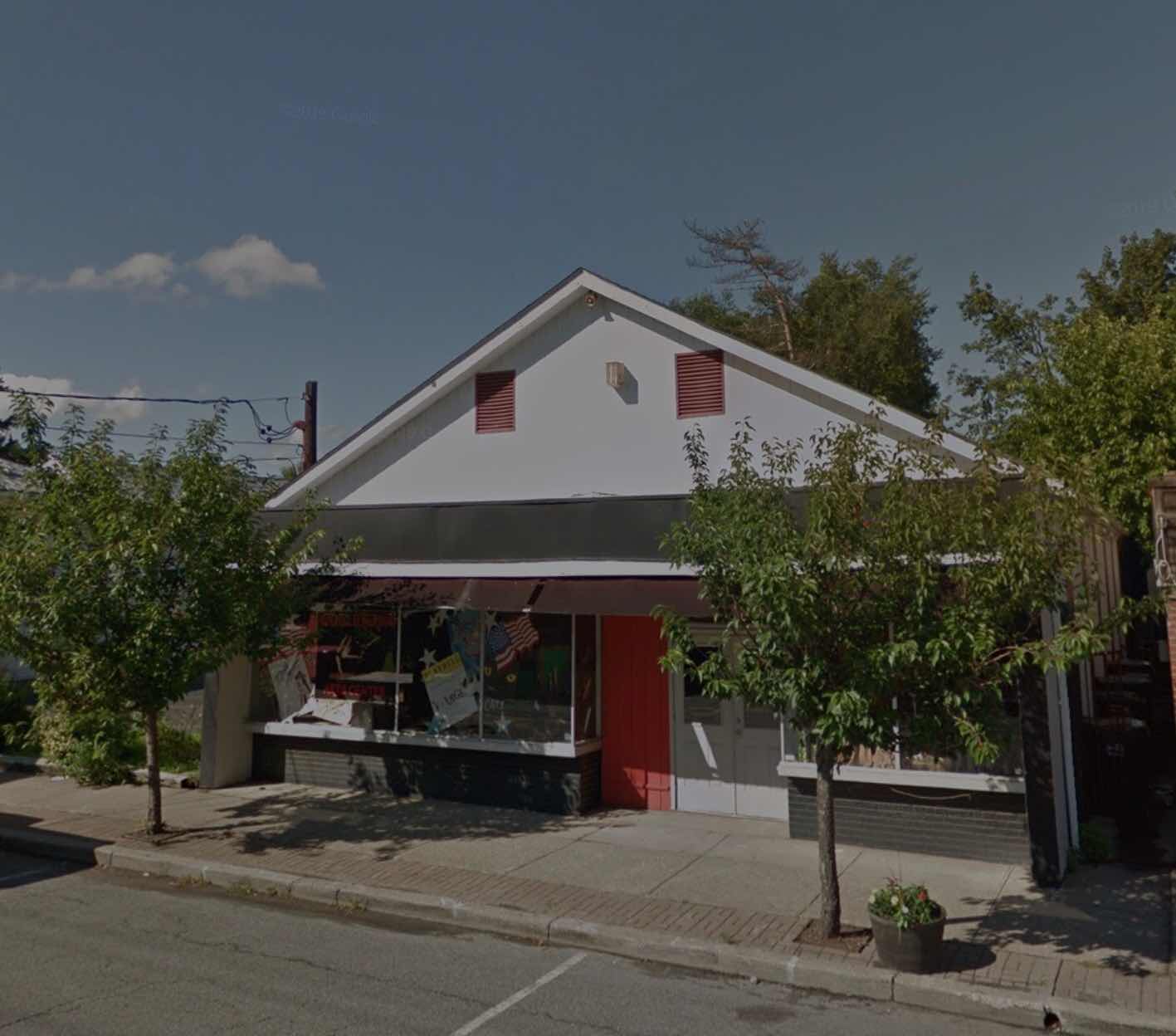 This is a relatively recent picture of the building(thank you Google street view) where that store once lived. It looks much different now than it did back then, but the constant that is relevant to my story are the windows to the left of the door. I was walking down the sidewalk towards the door on that day in 1987 and something in that window caught my eye. They had a display case full of sports cards! I walked into the store with my mom and impatiently waited for her to get whatever we needed. I begged her to let me stop and look in the window before heading back to the car. She let me look for what felt like a few seconds and one particular card caught my eye. I asked if I could get it and got the standard 'not today, maybe some other day'. I didn't realize at the time but that's parent speak for 'let's go, get in the car'. Day after day I asked if I could get that card. After the hundredth time being denied, I finally started asking if there were any jobs I could do around the house to earn some money. That was the first summer I remember being allowed to mow the lawn. Looking back, I made it easy on my parents. I had to convince them that I was able to safely use the mower rather than them having to fight with me to do that chore like they did with my brothers. I spent weeks collecting aluminum cans, doing odd jobs around the house, and mowing the lawn trying to earn enough to buy that card. Let me pause right here to qualify something - it was a different time and 'allowance' rates were much lower then. As the weeks went by, we made several trips to Seymour's. Each time I anxiously rushed to the window to see if they still had the card I wanted. Each time I was relieved that it was still sitting in that case. By the end of the summer, I had saved enough to buy the card. I just had to wait until there was a need to go back to the store again. A few looong days later my mom told me she was heading into town to pick a few things up and asked if I wanted to go along. I asked her if we could stop at Seymour's and she answered 'maybe'. That was good enough, I grabbed my money and hopped in the car. I don't remember how many other places we stopped that day, but it felt like a dozen. I tried to be patient. Next thing I knew, we were driving past the entrance to the parking lot. I was disappointed to put it mildly. I asked if we could please stop so I could buy the card. I got no answer. I'm not sure if she heard me and just wanted to make me sweat it out or if I actually asked so quietly that she never heard me. As we made our way through town, I resigned myself to the fact I'd have to wait for another day. The car turned unexpectedly, but I didn't think much of it. For all I knew, there was another destination on the list of errands for the day. I didn't pay much attention to where we were headed as I was too consumed with disappointment. The car stopped and I looked up to find we were in the parking lot. Turns out, my mom looped around to a secondary entrance. We got out of the car and I rushed to the window...the card wasn't there. In fact, the whole display case was missing from its normal spot. I walked in thinking that after all that work, I'd missed my chance to buy that card. We were greeted by a new employee which felt like a big deal in a small town USA, family owned business. My mom encouraged me to ask about the card display so I did. Fortunately, the new employee just hadn't put the case into the window. It was sitting safely behind the counter. They pulled it out and found the card I had been seeking all summer. 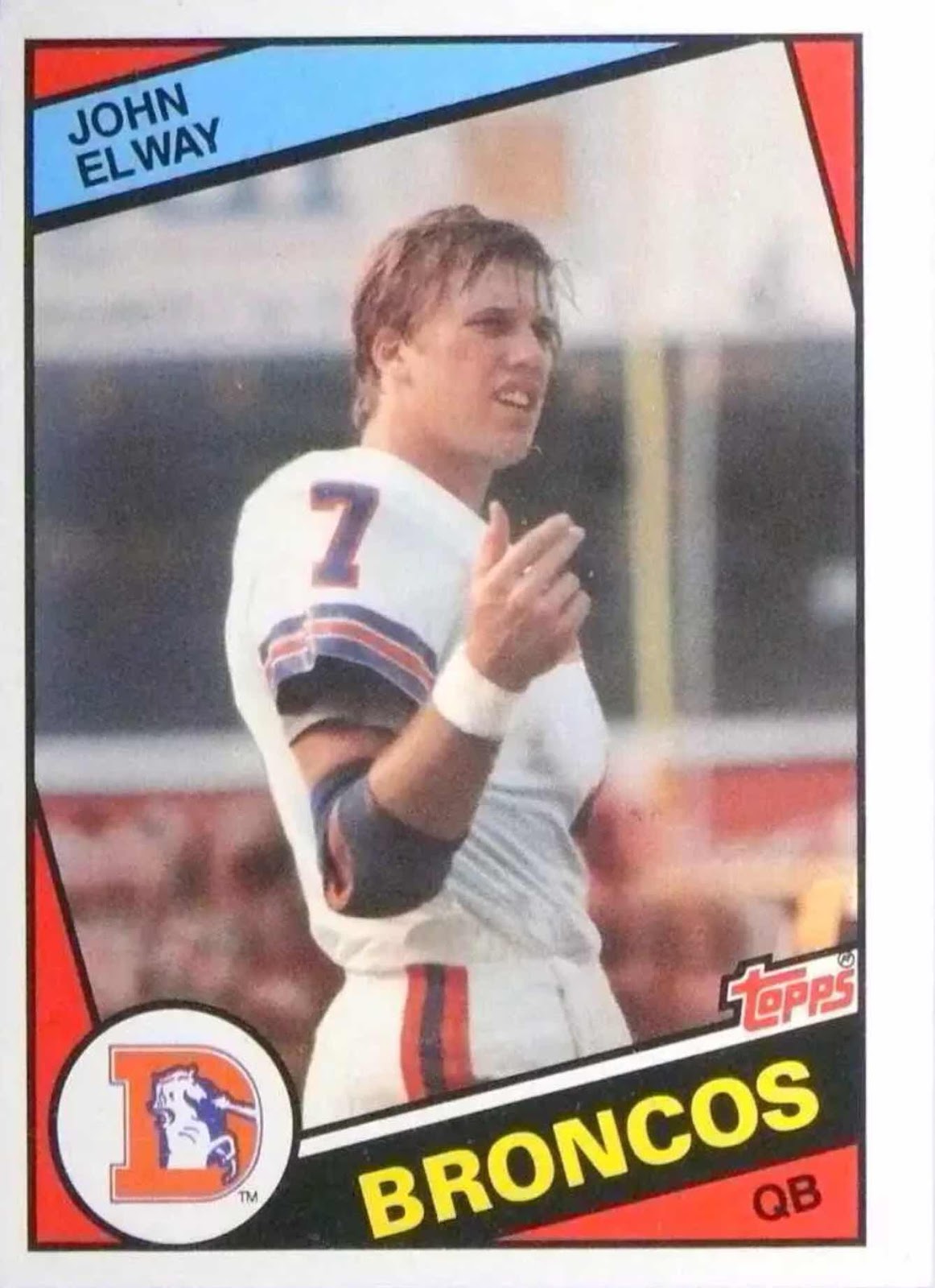 This is the card I worked so hard for. It's not perfect. The centering isn't great and the corners aren't the sharpest. I have had plenty of chances to pick up an 'upgrade' at decent prices over the years, but I've never seriously considered doing that. I've definitely never considered replacing it with a 'better' copy. I have cards that are worth more and that are much flashier/prettier, but it will take something really incredible to knock this one from its spot as the favorite football card in my collection. Thanks for reading.
Posted by Tim B. at 8:29 PM