The final Cardpocalypse giveaway drops tomorrow. As previously promised, there will be multiple winners this time around. The theme is 'Anything Goes'. All rules from previous weeks apply here. However, I wanted to clarify how the winners will be selected. This week, the top three readers with novel claims will be declared winners. 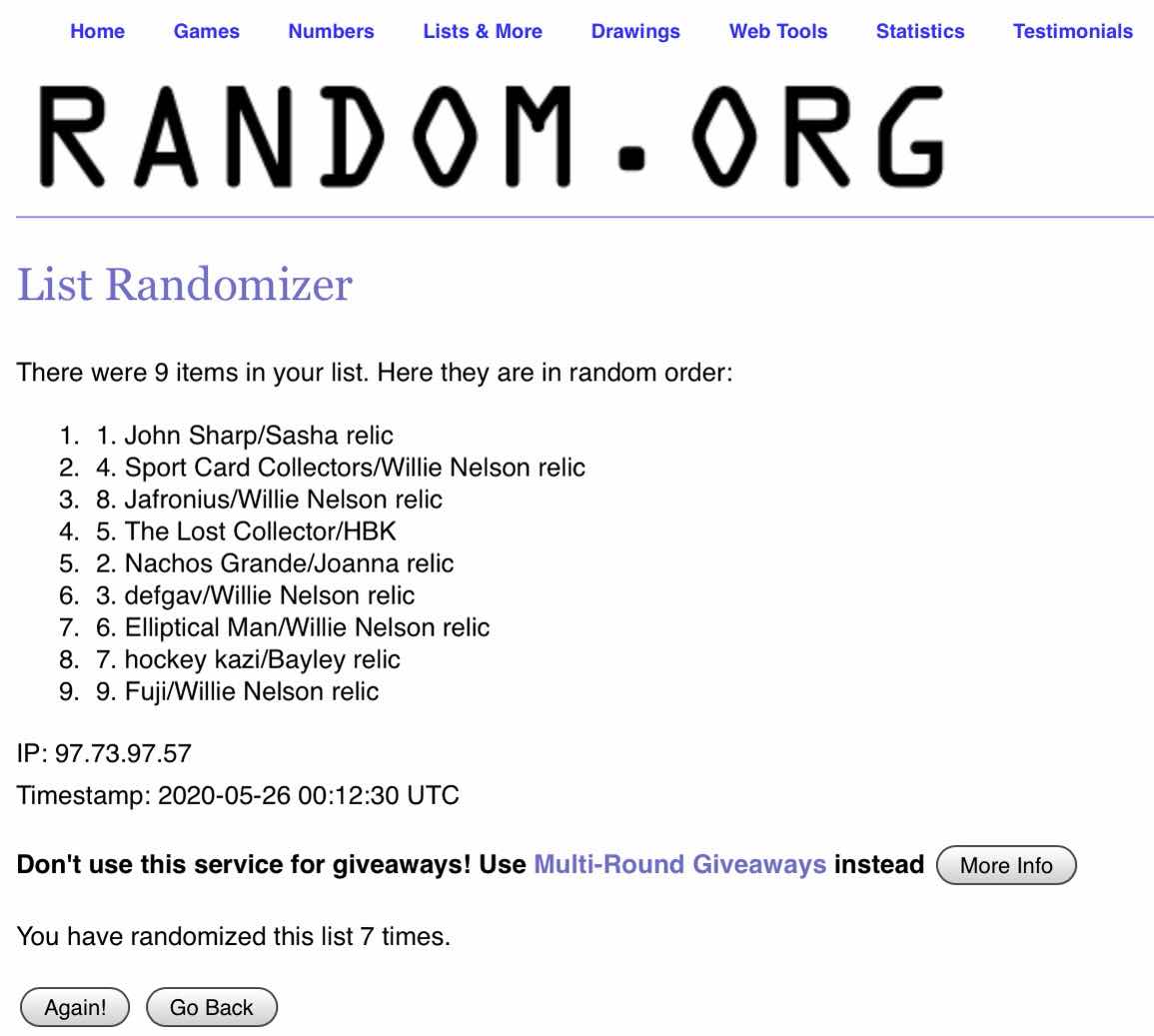 The screenshot from this past week's contest will provide a good opportunity for me to explain. In the example above, the three winners would be John Sharp, Sport Card Collectors, and The Lost Collector. Jafronius would have missed out since SCC had claimed the same card and was higher on the list after the final shuffle.

Remember, everyone is eligible to enter this week. There will be 21 cards spanning all previous themes and a few that weren't already represented. Of those 21 cards, only 8 are making a second appearance in the contest. I'm really excited for this round and I hope all of you are too. The claiming period will begin in less than 24 hours...Are you ready?
Posted by Tim B. at 11:42 AM