A Trip to My Not-So-Local Card Shop

Last week, my family and I were on vacation on Myrtle Beach. It happened to be raining one of the days and we were driving around exploring(read: keeping the kids from going crazy in the hotel room). Just as we were headed back to the room to get lunch and let the girls nap, we passed by a card shop. Once we finished lunch and the girls were sound asleep, I drove back out to the shop. I mean, what better way to spend a rainy day at the beach?

Since it was raining and I had limited time to search the store, I didn't take any pics of my own, but here are a few that give a feel for the shop.

The boxes on the shelves differed a bit, but this is a pretty decent representation of the shop atmosphere. Given my time constraints, I did a quick lap around the shop to see where my time would be best spent. It turns out that this is one of the rare shops that has dollar and quarter boxes on display. I decided to focus on them for this first visit.

I hit the quarter boxes second and didn't spend much time there, but I'll start with a few I pulled from there. 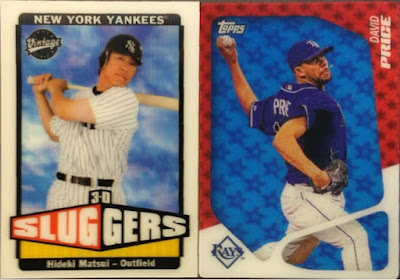 3-D! A Yankee World Series hero and a former Durham Bull, both decked out in all of their lenticular glory. I'm such a sucker for these kind of cards. 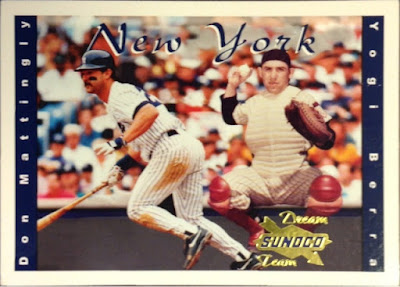 This gem features two great Yankees and makes me aware of another great oddball set to chase after. I had no clue there were cards from Sunoco. Mattingly will make another appearance or two in my purchase stack. 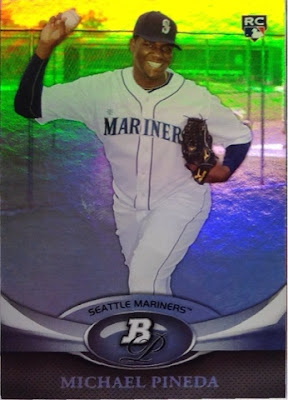 This one bummed out the shop owner while I was paying. He told me he completely forgot that he had put Pineda on the quarter boxes last year. He had two of this one that I found, so I snagged them both. There were a few others that I won't show here, but a few of you out there will be seeing them pop up in your mailboxes in the near future.


Back in my past show going days, the dollar boxes were my thing as much as the dime boxes are Nick's thing so I was interested in checking out what I might find. These dollar boxes were sorted fairly well by sport and into star player sections. I dug right in and picked out a few hidden treasures. 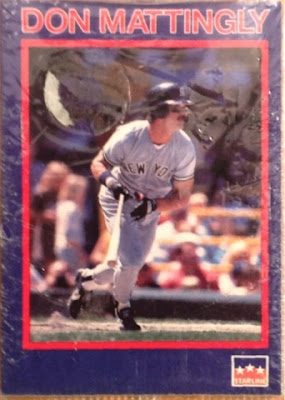 I grabbed this five card sealed pack of Starline/Coca-Cola cards that had Donnie Baseball on the front. I'm certain that I'll open it soon. 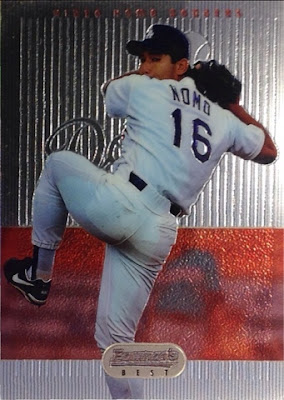 I couldn't pass up the chance to pick up one of Nomo's best RC's for just a buck. I don't collect him, but owning this card takes me back to the time of Nomo-Mania.

I LOVE these things! I'm sure the actual 'value' isn't much more than a dollar(or even a dollar), but I happily forked that over to be able to take this one home. I thought this would be the best item I found for my collection, but I was wrong. 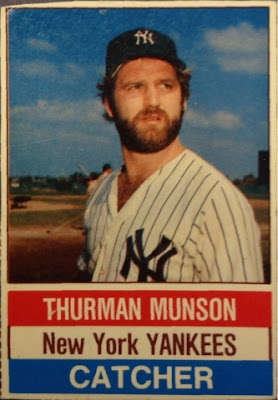 A few stacks after finding Mattingly, I found this. It's  a bit mis-cut and has some rounded edges, but it's a 1976 Hostess Thurman Munson! Surely, this would be the best find of the day, right? Wrong again! 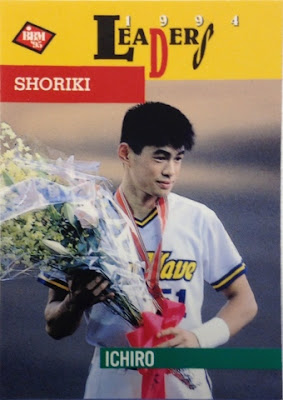 My jaw nearly dropped when I saw this, a BBM Ichiro from 1995! I don't know anything about these types of cards, so I'm not even sure if it's authentic. Truthfully, I don't care. Check out that young Ichiro! 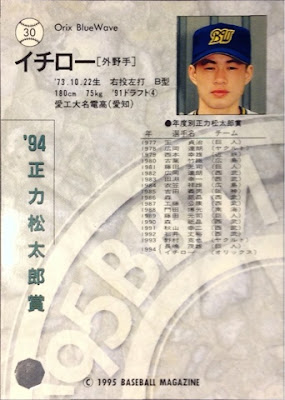 Here's the back. I don't have many cards with other languages. I've got a handful of O-Pee-Chee, a slightly larger stack of Pacific, and one or two from Topps that have Japanese writing on the back. This one is by far my favorite. If anyone out there is more knowledgeable about BBM cards and can let me know if this is legit, that would be great.

Just as was the case with the quarter boxes, there are some dollar box finds that will shortly be making their way into mailboxes near you.

I didn't have high hopes for this shop away from home, but I was pleasantly surprised. We've already got another trip planned for Myrtle later this summer, so I'll be making at least one more stop into Baseball 17 for some more goodies! Thanks for reading.
Posted by Tim B. at 11:38 AM