Now that the hype/madness around this year's Archives has started to die down I thought I'd explore last year's offering a bit courtesy of a great deal. I didn't buy much in 2014, just a few rack packs and that was about it. However, when I saw this sitting on the shelf at my local Target, I couldn't resist. 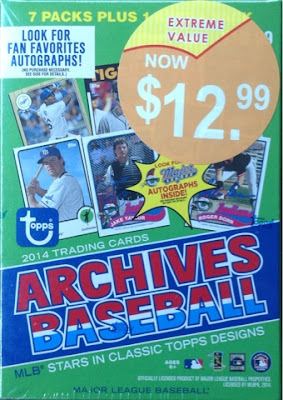 I was secretly hoping for something huge like the Wild Thing auto(which I would have promptly put on eBay after the shock of pulling it wore off), but that didn't happen. It was a pretty darn good box, especially considering it was on clearance. 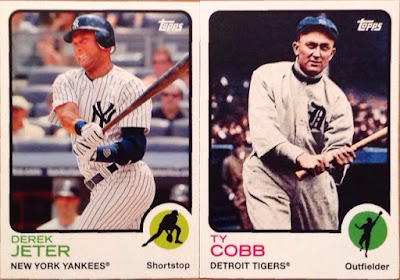 I won't go crazy showing base cards, but I didn't pull either of these last year and I really thought they were great cards. 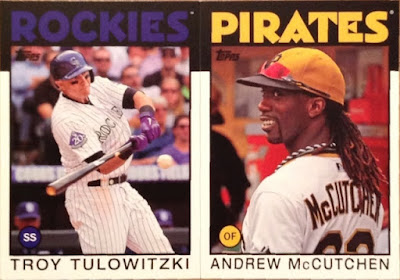 Unlike this year where I yet to pull one of the SPs, I pulled both of these out of the 8 packs. It would have been nicer had I pulled at least one retired star, but I won't get picky. After all, these are two pretty great players. Next, we move on to the inserts. 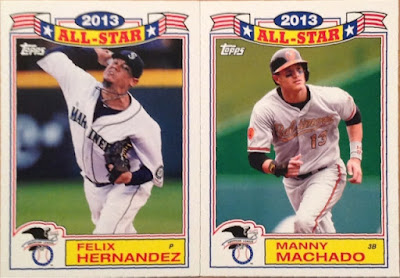 I really like these. They are based upon the one-per-rack pack, glossy All-Stars that Topps produced in the '80's. I've only got a handful of these, but I'm pretty sure I'm gonna try to finish the set. 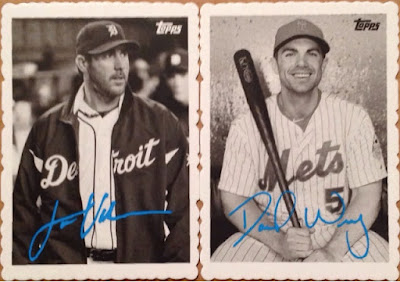 I was lucky enough to pull a few deckle edge inserts. I had actually pulled that very Verlander from one of the packs I bought last year, but it had since found its way into a trade package. It's probably a good thing I got a replacement. Since my appreciation for the vintage Topps inserts has grown exponentially over the past year, I've decided that I really dig these. The vintage Deckle set may well be next on my list after I complete the 1968 Topps Game set. So, that being said, I think I'm probably going to try to complete this one too. Hmmm, is there an echo in here?

I probably would have been pretty satisfied with this blaster had the inserts stopped there, but I'm really happy that they didn't. 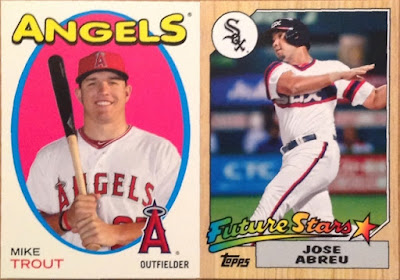 These are pretty cool. Though I don't collect Trout, I may very well end up holding on to this hockey insert. The Future Stars inserts make me nostalgic for the 1987 set. Now that the dust has settled, I can say that blaster wasn't too shabby. Heck, I'd have been happy with that blaster if I had bought it at full price when it was first released!

Well, I suppose I've got some work to do creating new set needs checklists. Hopefully I'll have them ready to be posted soon. Thanks for reading.
Posted by Tim B. at 8:45 AM