No Rivalries Amongst Trade Partners

I usually try not to go with two trade posts back-to-back, but this one was ready and overdue, so here goes.

Quite some time ago, Shane from Shoebox Legends and I completed our first trade. When he emailed to propose it, he asked of we could complete an AL East Rivals swap. I obliged and I think both of our collections were the better for it. A short while after that, I decided that I was going to try to complete the 1968 Topps Game insert set. Shane told me he had a card he could send and would throw it in a PWE. Instead, I received a small padded mailer with his return address on it. The contents were something special. 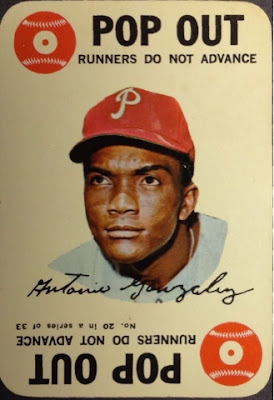 As promised, Shane sent over this Tony Gonzalez which I needed for the Game set. I like this set more and more with each card I cross off the checklist. 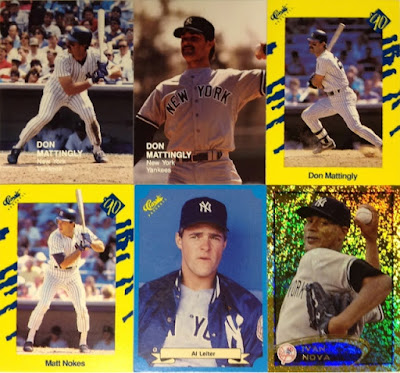 I found a healthy dose of oddball in this package. I love the Donnie Baseball additions. The super shiny gold Ivan Nova was nice too! 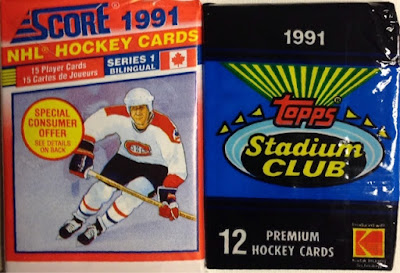 This is where the package took an unexpected turn. I'm not sure if these were meant for someone else because I have never mentioned the NHL in the short history of this blog. However, if Shane simply has a surplus of these and was looking to pack some added punch in a trade package, I will happily rip into these things like there is no tomorrow! In fact, it is beyond me how I have been able to leave these sitting on my desk unopened for as long as I have already. Truth is, these packs come from a time when I did collect hockey. The chance at an early Jagr and RC of Hasek and LeClair are tempting me to rip the Score pack and the fact that I never really saw how the brilliance of Stadium Club translated to the ice makes me want to tear into it. 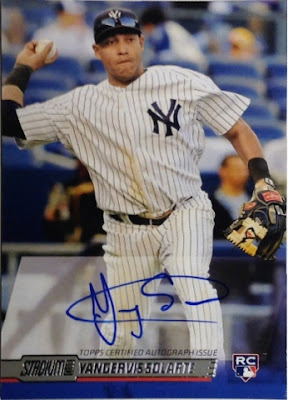 We'll keep the unexpected rolling right along. I was shocked to see this Solarte RC auto from 2014 Stadium Club staring back at me. It's a beautiful card and will serve to remind me of the early part of the 2014 season when the exploits of 'Never Nervous Yangervis' were about the only thing keeping the team afloat...a time when it was still possible that they would make a playoff run in The Captain's final season. 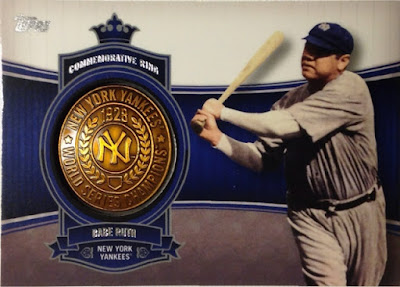 Last, but certainly not least, was this stunning commemorative relic. This thing is THICK, and HEAVY! It may be a manu-relic, but it is quite an impressive one in my book.

Not too shabby considering I was only expecting a PWE with the Gonzalez card in it. Thanks for another great package, Shane! I'm truly thankful that the on-field rivalry of our favorite teams doesn't carry over to the collecting world. I'll have more BoSox to send your way shortly!
Posted by Tim B. at 8:53 AM