Going Out A Champion or: We Need More Subsets Like This

It's still January for a few more hours and looking back on my blogging month, I've already done a few 'this day in history'-type posts. Well, here is one more. I do rather enjoy them, but as the year progresses, I'll be sure to space them out a bit. The truth is, I couldn't pass up writing this one for two reasons.

On this day back in 1999, the Denver Broncos won Super Bowl XXXIII. Yes, there's the tie-in since they'll be playing in Super Bowl 50 next week, but that's not the reason I'm writing. Growing up, John Elway was my favorite football player. It wasn't even close. My first memory of watching the NFL was one of watching the Broncos-Browns playoff game in which 'The Drive' occurred. From then on, I couldn't help but cheer for him. As it turns out, Super Bowl XXXIII was his last game. What a way to go out! Super Bowl MVP and Back-to-Back Champions!  It was a storybook ending to an incredible career.

Now, paying tribute to my favorite football player of all time is one of the reasons I wanted to write this post, but now that I'm about to get to the obligatory card scans, it's almost time to reveal the other reason. 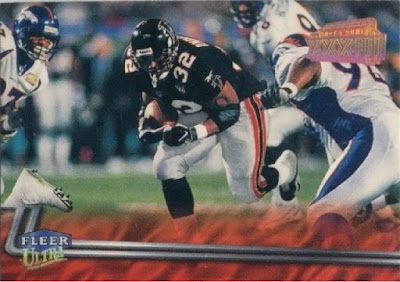 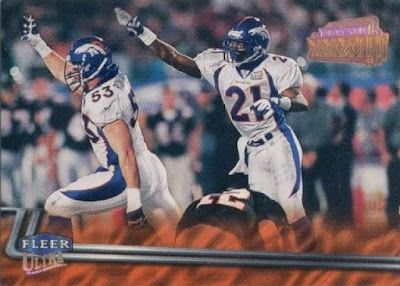 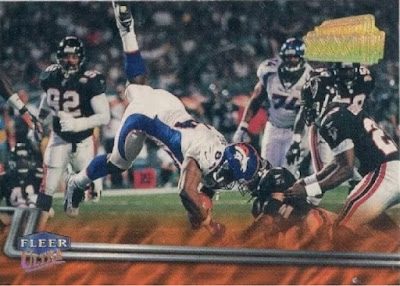 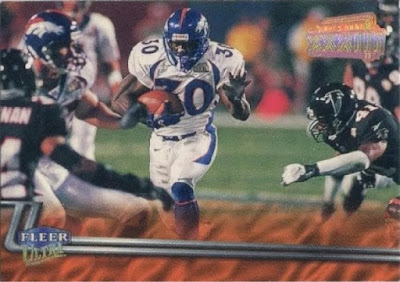 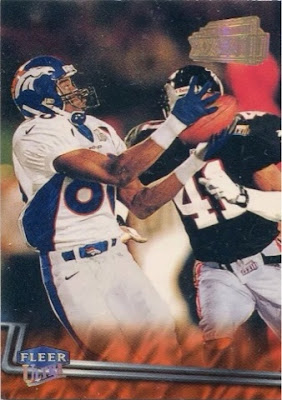 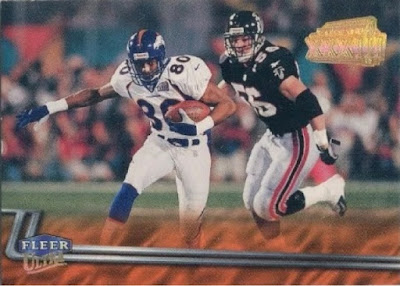 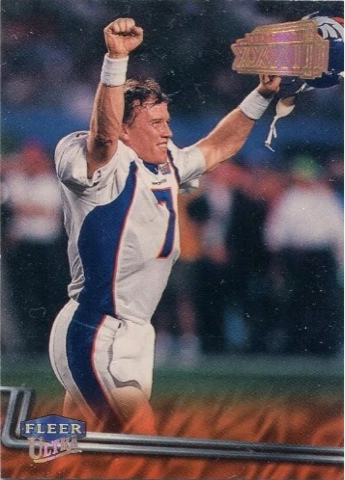 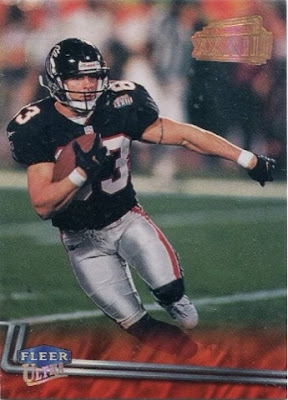 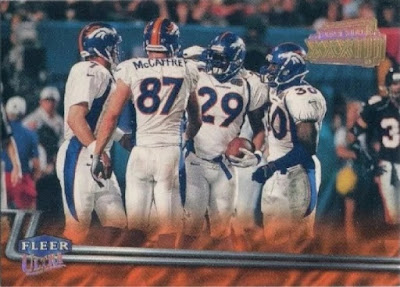 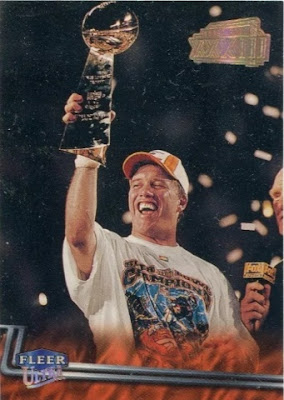 This 10-card subset was included in the 1999 Fleer Ultra checklist. Each card depicting a great moment from the Big Game. It's the last time I am aware that a card company did something like this. Sure, there has been sporadic World Series Highlight subsets in a Heritage set here and there, but I think that this should be the norm. No matter the sport, there should be a multi-card highlight subset of the Championship Game/Series. Wow, I've written the word subset a bunch of times, but that's what I'm looking for here. I don't want an insert set with potentially crazy odds or base set SPs, just simple 'common' subet cards. I'm not saying it need to take up 10 spots on the checklist, but I think 4-5 would be great! I'm pretty sure I'd immediately have a mini-collection of such subsets. In fact, this one from Ultra was awesome because they were easy to obtain, but had parallels to chase if you were looking for more of a challenge. The best part of the parallels here is that there were only two...yes two parallels. The gold medallions were seeded one per pack and then there were platinum medallions that were #/40.

So, am I alone in this, or does anyone else out there think that something like this should be  a regular inclusion in all sports? How many cards do you think would be optimal? Thanks for reading! Go Broncos!!!
Posted by Tim B. at 10:19 PM