A few months back, I acquired a few cards that don't really fit in the normal scheme/structure of the blog. I knew right away that I wanted to share them here so I waited until today so I would have a way to tie them in. On this day back in 1993, one of my childhood heroes left this Earth. 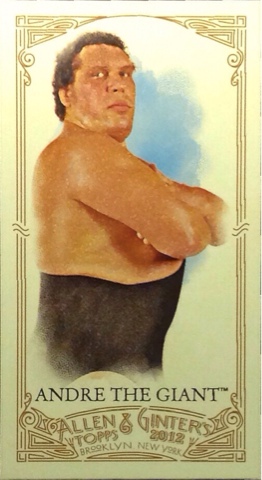 When I was much younger, I was an avid pro wrestling fan and one of my earliest favorite performers was none other than Andre the Giant. Not only was he physically larger than life, but he had a giant personality and charisma too. One of my first wrestling memories was watching a Piper's Pit segment. 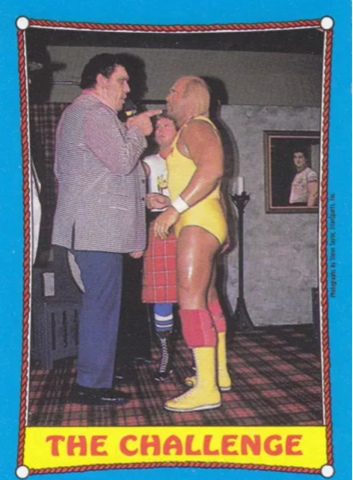 The two biggest stars and soon to be former friends were facing off. Moments after this photo was taken, Andre would rip off Hulk's tank top and crucifix setting up a title match at Wrestlemania III. Andre lost that night, 'passing the torch' to Hogan in the process. However, about a year later in February 1988, Andre would 'win' his only World Title. 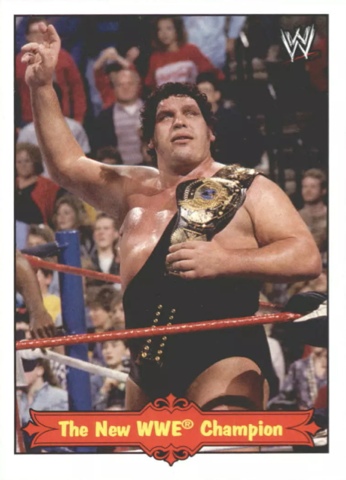 It was quite a controversial victory, but the title reign was official nonetheless. He didn't last much longer in the ring due to health problems and less than 5 years later he would be gone. Twenty-six years on, we have these iconic images and great memories of the legendary giant. That's not all though. As a kid, I also remember him this way: 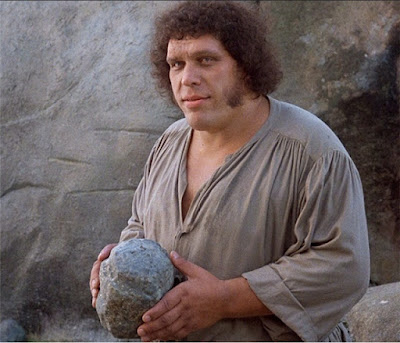 To this day, The Princess Bride is still one of my favorite movies. These days, I get to watch it with my daughters. Thanks for the memories, Andre. My childhood wouldn't have been the same without you.
Posted by Tim B. at 2:12 PM