If You're Going to San Francisco... 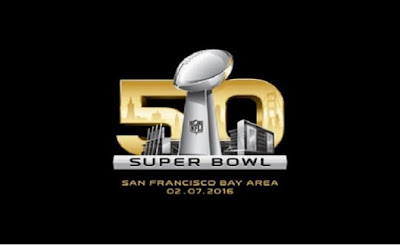 ...be sure to throw some footballs in the air! No, I'm not going to embed the video for that song here. Now that I've said that, Championship weekend is officially over and the Super Bowl match-up has been set. 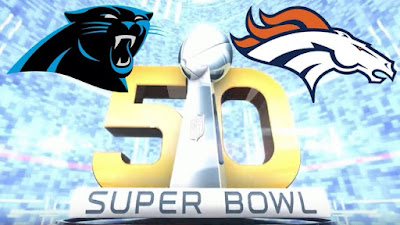 I couldn't be happier. In two weeks, it'll be my (kinda) home team, Carolina Panthers against my beloved Denver Broncos for the NFL championship. I almost feel like its a win-win situation for me. Don't get me wrong, I'll be pulling for the Broncos all the way, but if the Panthers happen to walk away with the 'W', at least I will still be happy. It's my second-best case scenario! 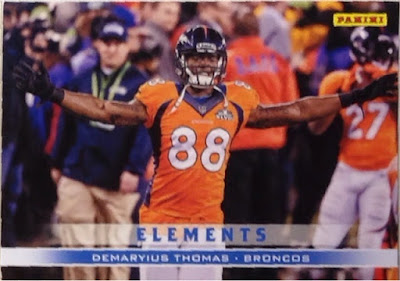 DT didn't really factor into the win tonight, but he's going to have to come up big in the final game of the season. This awesome new addition comes via Panini's 2014 Father's Day promo release and has a great pic from the last time Denver was in the 'Big Game'. Enough talk about the offense, tonight it was the D/ST that won the game. 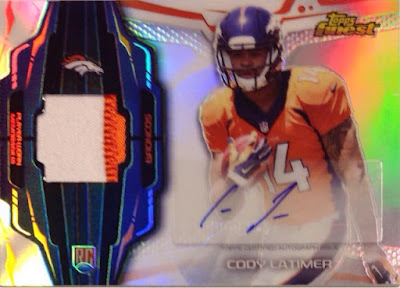 Cody Latimer had a great catch for a first down, but his real contribution came in the form of some huge tackles on special teams. I've already shown this patch/auto off before, but it's one of my favorites of a guy who ended up being a difference maker despite limited snaps. 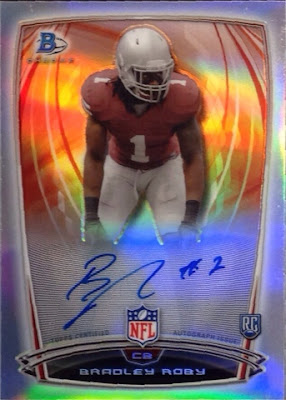 Roby played a great game, blanketing Pats receivers all night long, but it was his interception on the two-point conversion that sealed the win! I've shown this one off too, but I promise there will be some more new-to-the-blog cards if you keep reading. 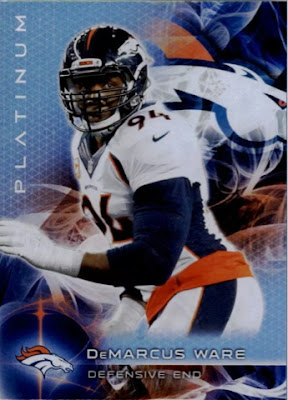 DeMarcus did all the little things needed to keep the defense rolling. This is a recent pick-up from the relatively new Topps Platinum set. While the intangibles don't show up on the stat sheet(he only had a few tackles and a half sack), it sure was fun watching him have a standing reservation to meet Von Miller at Chez Brady. 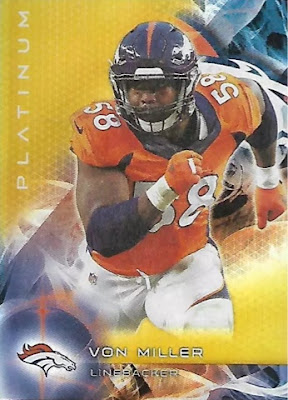 I don't like being cliche, but Von was all over the field and was definitely the engine that made the defense run all night. With 5 tackles, 2.5 sacks, and a pick, he was certainly the player of the game! Here's yet another recent Topps Platinum addition, this being of the gold parallel variety. It's printed on super thick stock and is even more refractor-y than the base cards.

Hopefully the old adage that defense wins championships proves true in two weeks. It would be great to see the Broncos hoist the Lombardi Trophy again. Kinda like this: 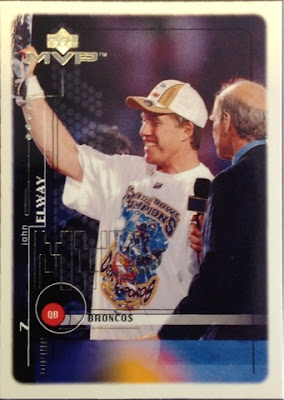 This is the ultimate 'sunset' card in my opinion. It not only shows my favorite football player, but he is celebrating Denver's last Super Bowl win and as the card brand logo suggests, he was the MVP of that, the final game of his storied career. This great piece of cardboard hails from the 1999 Upper Deck MVP set and perhaps 17 years later an NFL card set could have a card of another Broncos Super Bowl winning QB riding off into the sunset. Thanks for reading.  Go Broncos!
Posted by Tim B. at 11:24 PM